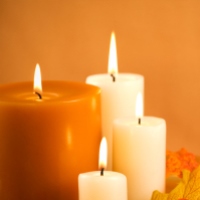 Lyle Wade passed peacefully on Saturday November 6, 2021.  He turned 47 years old October 17, 2021. Lyle was one of the strongest men I knew. He fought long and hard to be here with his family. Even if he was exhausted he still had a smile and a twinkle in his eye when he walked through the door. He was my soul, the amazing father to my heart, and I know he will be our guardian till we meet again.

The family would like to thank the staff of Carilion Roanoke Memorial Hospital and Friendship North for the care and support they gave not only Lyle, but Sydney and I as well. We would also like to thank U.S. Renal Care for all your care and Boss Transportation for your rides, even when you didn’t have to and your kindness morning and afternoon.

He was preceded in death by his mother Linda Lee Bean, his step father Gary Bean , and his father William Wade. He is survived by his daughter Sydney Ann Pendleton Wade, his life partner Michelle Cathryn Pendleton, his aunt Shirley Jazzman and uncle Larry Jazzman.

Lyle was very private when it came to his health and what he was going through. He didn’t want to bother or worry people. Have people make a fuss or be put out. In saying this Sydney and I have decided to have a memorial later in the year.

To honor Lyle we ask that you make a donation to one of his many causes:

To plant a tree in memory of Lyle James Wade, please click here.